What started as a deep value stock investment for Reddit user Keith Gill (an absolute legend and all-round nice guy) back in 2019 rapidly developed into an explosive game of tug-of-war this week between hedge fund billionaires and a sea of united retail investors. Tensions and publicity skyrocketed over the rising (and subsequent crashing) of GameStop ($GME) shares. Caught in between, financial trading app Robinhood saw 8 years of brand building, customer loyalty and advocacy flushed down the drain in a single day's work.

How did it all go so wrong?

What happened with Robinhood and $GME?

In an unprecedented move, Robinhood found themselves amidst a PR bloodbath recently when they announced retail investors would no longer be able to purchase GameStop ($GME) shares (amongst others), during a revolution-esque groundswell to buy and hold the securities to the detriment of hedge fund short positions.

The result of this was an artificial $GME crash over the following days, with all fingers pointing at Robinhood and CEO Vlad Tenev for collusion, market manipulation and outright fraud. The demand for $GME still existed but was artificially suppressed by the broker's stonewall. For retail investors, this was the equivalent of playing Street Fighter, winning, and having your opponent unplug your controller in retaliation while he continues the beatdown. The fundamental rules of the game were changed without notice or precedent.

Robinhood wasn't the only broker to halt buying, but they were the first, and they failed to clearly communicate the situation to their customers. CEO Vlad Tenev appeared on CNN, assured people trading was not halted due to a liquidity issue, and vaguely inferred that the company has "lots of financial requirements; SEC requirements; we have to put up money at clearinghouses... and we're in a historic situation where there's a lot of activity (volatility)."

No one was buying it.

How Robinhood killed their reputation overnight

It later came out that Robinhood did face a liquidity issue. In light of the market volatility, The National Securities Clearing Corporation (NSCC) requested clearinghouses put up 100% collateral on these trades. At 4am on the morning of the halt, Robinhood's clearinghouse received a request to fork over $3 billion in cash... today.

"Just to give context, Robinhood up until that point has raised around $2 billion in total venture capital. So it’s a big number, like $3 billion is a large number, right." - Vlad Tenev on Clubhouse

Instead of being clear about their financial pinch from the start, Robinhood fluffed about in a panicked fray, trying to save face and infer that trading had been halted to "protect investors and the markets".

This backfired, big time, and netted Robinhood somewhere in the range of 150,000-300,000 negative reviews across the Google Play Store, Trustpilot and other review sites (including over 100,000 negative reviews that Google initially deleted). Even a service like Removify would struggle to make a dent in this cleanup job.

How to handle reputation management in a crisis

Consumer sentiment isn't trivial. Whether it was genuinely internal confusion/disorganisation/panic or their PR playbook was just that bad, Robinhood's reputation had been (seemingly) irreparably damaged by the end-of-day. If they are to survive this, it may only be to think about 'what could have been' for their upcoming IPO.

Here's what we can learn about crisis PR and reputation management from this situation:

While Robinhood wasn't the only broker to halt buying on $GME, $AMC $NOK and a few other volatile stocks, they handled it first and handled it worst.

Stake is a popular Australian-based broker that allows trading in US markets (similar to Robinhood). They faced a nightmare combination of technical issues across highly volatile trading days and pipeline pressure from their downstream clearinghouse (DriveWealth) to implement the same trading restrictions imposed on Robinhood. Traders were understandably incensed (some losing huge sums of money), however, Stake managed to navigate an unforgiving and unparalleled situation bruised, but not battered, thanks to open and transparent communication with their customers.

Here's one of Stake's early email updates, keeping customers in the loop.

On the landing page beyond the big orange button, Stake informs their customers as best they can about the current circumstances and lays out the transparent truth of their situation as a broker:

When a stock is traded, it takes two days for the proceeds to go from the broker to the clearinghouse. This is known as T+2 settlement.

The clearinghouse requires the broker to front cash or capital guarantees to ensure funds are available through the settlement process.

The required amount of capital guarantee is usually around 10-15% of the value of a security’s holdings on broker’s books. However, this percentage can vary based on stock volatility. In the case of the above symbols, the DTC has enforced an increase of 250% upon DriveWealth’s clearing partners.

Quite different language, compared to Robinhood. In absence of ambiguity, Stake explained exactly why their hand was forced (and what changed from the norm). These updates continued, daily, sometimes twice daily. It wasn't an ideal scenario, but Stake did well to manage the crisis under the circumstances.

Can Robinhood survive and recover?

Updated May/June 2021: Now that the dust has settled on the GME fallout, how did Robinhood fare? Bruised, but not beaten, it appears. Robinhood angel investor Jason Calcanis likens Robinhood's journey to a spaceship hitting atmospheric turbulence on its way to orbit.

"When a startup hits a storm, if they make it through to the other side, they have now become more resilient, not less resilient. Every time you have a crucible moment as a startup, you become stronger. That happened to Google, Facebook, Uber, AirBnB..."

"I would not short a company that adds hundreds of thousands of people per day...that has weathered the storms that Robinhood has." he adds.

Is it in Jason's best interest to back Robinhood? Yes. But is he actually right? Only time will tell, but it certainly looks like his theory of the trading app hitting escape velocity and flying into orbit could be on the money.

Robinhood's reviews have rallied on the Apple App Store and Google Play store since the $GME event, surging back up toward a 4-star rating from their previous lows. Robinhood's utility as a pathway for everyday people to access and trade on the stock market (and cryptocurrency) seemingly outweighs the furor of days past. While the enraged minority might not forget, the silent majority lives on, and will only continue to grow.

Protecting your brand from negative reviews during a PR crisis

Murphy's Law states that "anything that can go wrong will go wrong". In order to prepare for the worst, you have to expect the unexpected. Robinhood failed to foresee the fallout this $GME trading halt would cause, or at the very least, they failed to communicate it.

You can prepare. Start with this:

Build trust from the outset with a reviews platform like Cloutly

Building trust and positive sentiment is hard. Even harder when something goes wrong. But when things are going right, scoring amazing reviews from your customers is a highly-effective way to organically build your online credibility.

With Cloutly, you can build social proof online by asking your customers for reviews and directing them to any review site you choose (like Google, TrustPilot, Facebook reviews etc). It's the best way to bring all your reviews (from all your review sites) into one place, get more reviews anywhere, and display those glowing reviews live on your website to build trust with new customers.

Try Cloutly free for 14 days and start getting more reviews in under 3 minutes. 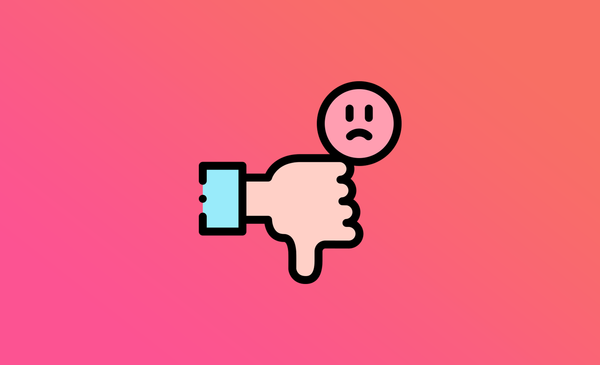 Removing negative reviews from Google can be a difficult process, but it's not impossible. Learn how to get those nasty reviews deleted in a few, simple steps. 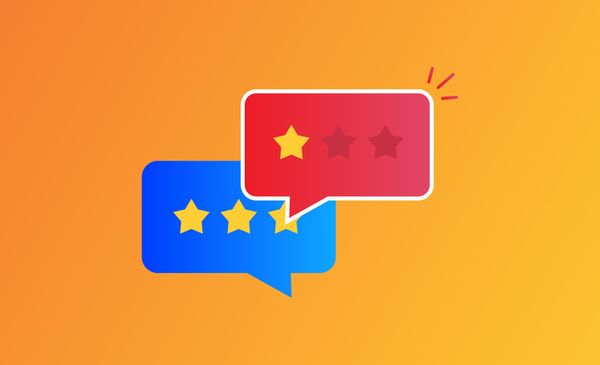 Discover the most effective ways to ask your customers for reviews (based on top-performing templates from real companies).